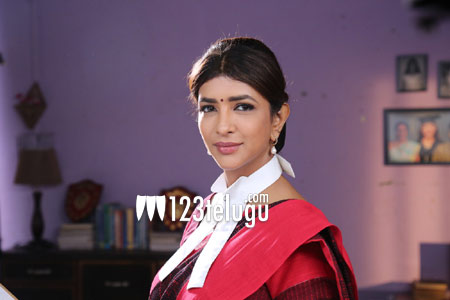 Talented actress, Lakshmi Manchu is back with an interesting film titled Lakshmi Bomb. The post production of the film has been completed and the latest news is that the makers have decided to release the film on the 3rd of February.

Sunil Kashyap composes music and Vella Mounika Chandrasekha is the producer. Directed by Karthikeya, this film has Lakshmi Manchu playing the role of a judge.

It’s been quite a long time since Lakshmi Manchu had a release and she is hoping that this film will give her a good break in her career.