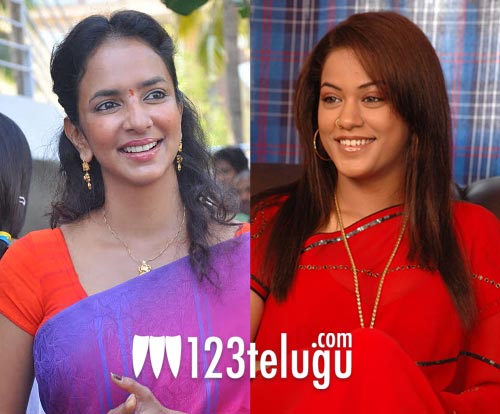 Lakshmi Manchu had a special surprise in store for Mumait Khan, who’s dancing for an item number in Gundello Godari. Recently, after Mumait Khan began shooting for the song near Rajahmundry, she was delighted to see that Lakshmi Manchu had gifted her a PS3 (Playstation 3). “Amazing gift from @LakshmiManchu I have my new ps3 yayyyyyy!!! Ty so much babe. Ur fantastic human being so happy to be part of ur project,” Mumait Khan posted on Twitter thanking Lakshmi Manchu. Currently Lakshmi is shooting for Mani Ratnam’s upcoming bilingual film Kadal near Tuticorin in Tami Nadu.