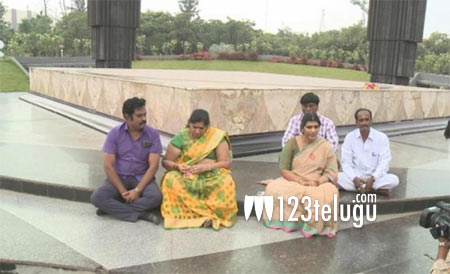 RGV’s film on NTR-Lakshmi Parvathi’s marriage, Lakshmi’s NTR, continues to rake up controversies with each passing day. Now, a new film, titled Lakshmi’s Veeragrandham, has become a talking point for a new controversy.

Lakshmi Parvathi said that no one has the right to distort the facts of her personal life and even warned of dire consequences if the makers go ahead with Lakshmi’s Veeragrandham. On the other hand, K Jagadeeswar Reddy went on to suggest Lakshmi Parvathi to take a the legal route if she wants to stop his film.