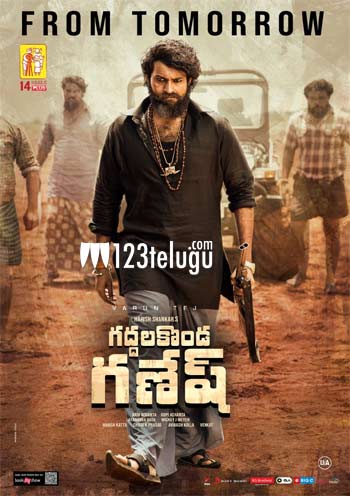 In an unexpected move, the makers of Varun Tej’s just released gangster comedy, Valmiki, have changed the film’s title. Valmiki has now been renamed as Gaddhalakonda Ganesh, the name of Varun Tej’s character in the movie.

After a lot of deliberation at the Film Chamber, Valmiki’s makers first announced the new title. They further said that they have decided to change the title to respect the sentiments of the members of the Boya community, who have been protesting against Valmiki as the title for the last couple of months.

Gaddhalakonda Ganesh also has Tamil hero Atharvaa Murali and Pooja Hegde in lead roles. Harish Shankar is the director and Ram and Gopi Achanta are the producers.