The much-anticipated Ajith Kumar’s upcoming movie, Valimai, is officially out of the Pongal race.

Directed by H. Vinoth, the action entertainer is actually scheduled to release on January 14, 2022, in Tamil, Telugu and Hindi languages.

Now, the makers have officially announced the postponement of the movie as the huge rise of Omicron cases in the country. The new release date will be announced soon.

Huma Qureshi and Kartikeya are playing prominent roles in this movie. 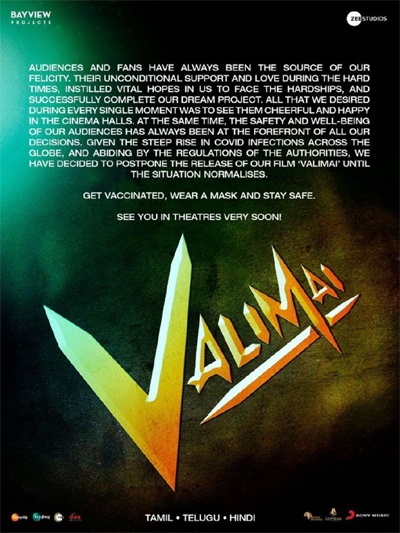