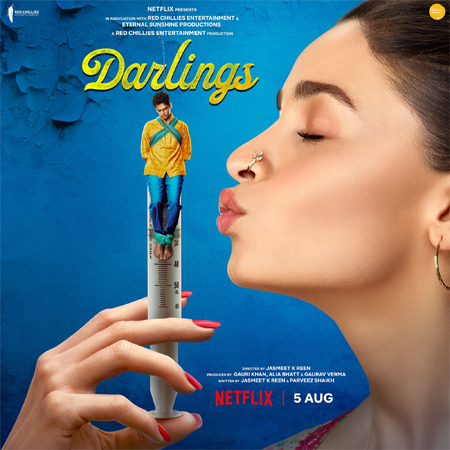 Earlier, we reported that the Bollywood beauty Alia Bhatt’s Darlings will be released directly on the OTT platform, Netflix. Now, the Jasmeet K Reen directorial has made the headlines again.

The OTT giant took to social profiles and revealed that the dark comedy film will be premiered on August 5, 2022. Besides, Netflix also shared the teaser of the film.

The teaser looks absolutely stunning. The narration of the plot by telling a frog and scorpion story makes the teaser an interesting one. Also, the makers haven’t revealed much about the film. Going by teaser, it is clear that Alia Bhatt’s character is going to enthral audiences for sure.

Shefali Shah, Vijay Varma, Roshan Mathew and others will appear in key roles in the film. Vishal Bharadwaj provided soundtracks for this movie, produced by Alia Bhatt, Gauri Khan and Gaurav Verma under Red Chillies Entertainment and Eternal Sunshine Production.