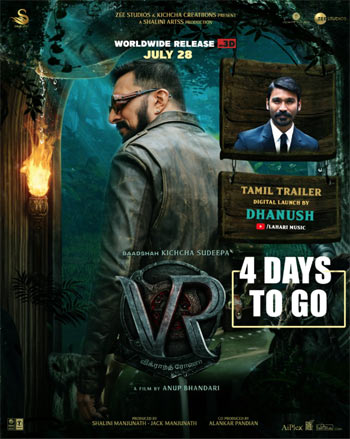 Sandalwood’s much-anticipated movie, Vikrant Rona, starring Kichcha Sudeep has made the headlines again. Directed by Anup Bhandari, the movie is all set to hit screens on July 28, 2022, worldwide in multiple languages.

The latest news is that the Kollywood star actor Dhanush will release the Tamil trailer of the movie digitally on June 23, 2022. Kichcha Sudeep officially announced the same on his social profiles.