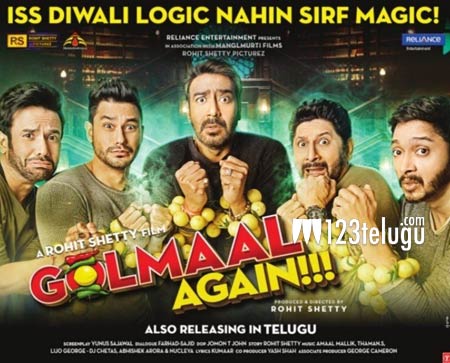 Golmaal series is quite famous in Bollywood and all the last three installments have been huge hits. Now, the fourth part, Golmaal Again is set for a grand release this Diwali.

The latest we hear is that the film will be dubbed in Telugu as well and will release at the same time as its Hindi version. One of India’s top director’s, Rohit Shetty directs this film which has many starts doing crucial roles.

The interesting aspect is that the film has music by our own Thaman who is making his debut in Bollywood.