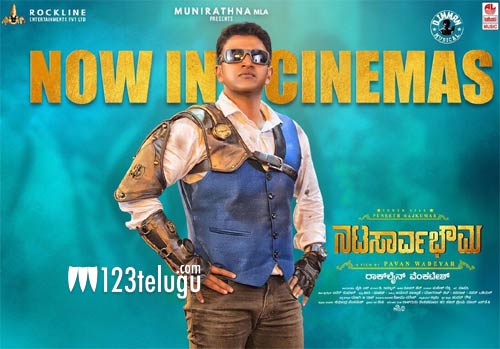 Kannada cinema is slowly but steadily making its presence felt in the country by churning out some good films in the recent. One such film which has created a superb buzz is Natasarvabhouma.

The film has superstar Puneet Raj Kumar in a lead role and has released today. The interesting aspect is that had close to 550 shows in Karnataka which is highest ever for a Kannada film to date.

Natasarvabhouma has Anupama Parameswaran as the female lead.