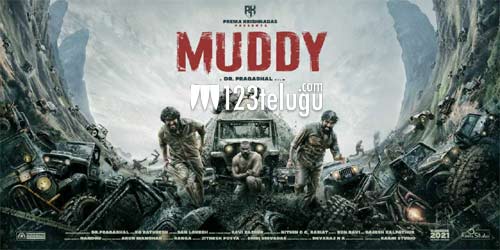 Muddy is a film that has created a good buzz all over. The recently revealed motion poster caught everyone’s attention and has clocked 2 million views in no time.

The film which is being made on a high budget will have a pan-Indian release in 5 languages Telugu, Hindi, Tamil, Kannada, and Malayalam on the 26th of this month.

Muddy is the first Indian movie on mud racing. Muddy is directed by Dr. Pragabhal and it features Yuvan and Ridhaan Krishna in the lead roles. Prema Krishnadas bankrolled the film on PK7 Creations banner.