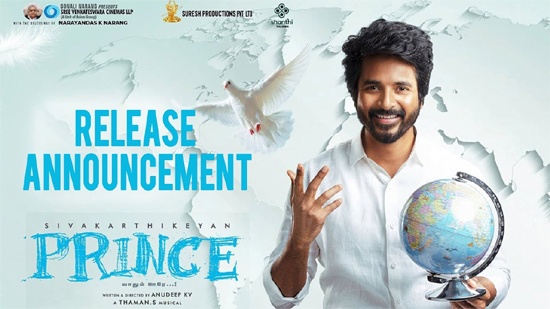 Sivakarthikeyan, who recently scored a massive success with Don, is currently busy shooting for his upcoming movie, Prince. Directed by Anudeep KV of Jathi Ratnalu, the movie has made the headlines again.

Today, the makers have released a special video featuring the cast of the movie. The video is all about the release date announcement. The makers have officially confirmed that the movie will hit screens worldwide this Diwali.

Ukraine beauty Marina Ryaboshapka is playing the lady love of the actor in this Tamil-Telugu movie. Produced by Sree Venkateswara Cinemas LLP, Suresh Productions and Shanthi Talkies, the film has Thaman’s music.