Latest rumor about Prabhas Adipurush is fake
Published on Nov 5, 2022 3:00 am IST 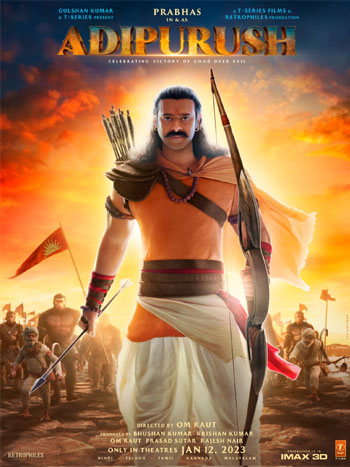 Adipurush is a film that many are waiting eagerly for as Prabhas will be seen as Lord Ram in this film which has been directed by Om Raut.

There was news that the film has been postponed and will not release on the said date of 12th Jan 2023. For the last few days, there is one more rumor going on that the team is all set to re-shoot a few scenes once again.

We have come to know from our sources that all these rumors are fake and there is no reshoot process going on. The only thing the makers are busy with is the post-production and the VFX done which requires a lot of time. Rest of the rumors are fake.