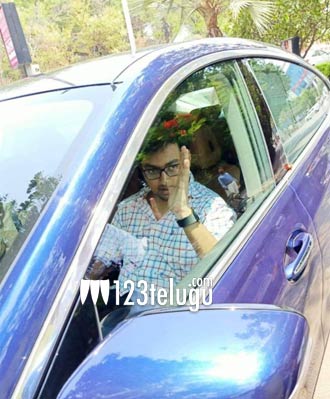 Mokshagnya is all over the news these days as his debut has become the hot topic of discussion all over. Today is Balakrishna’s birthday and fans were expecting to hear some announcement about Mokshagnya but nothing of that sort happened.

In turn, Balayya’s film with Ravi Kumar was announced. Now, a picture of Mokshagynya has gone viral all over the social media. Seen here in the picture about is the young star son waving to some of his friends.

Till now, not much is known about this star son and glimpses of his pictures keep creating a Hungama time and again.