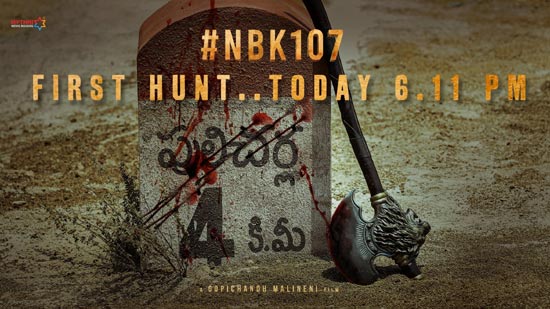 The much-awaited update about Nandamuri Balakrishna’s upcoming movie is finally out today. Directed by Gopichand Malineni, the action drama has Shruti Haasan as the female lead.

Today, the makers have revealed that a massive teaser will be released at 06:11 PM today. A brand new poster has been released to announce the same.

Kannada actor Duniya Vijay is roped in to play the antagonist in this movie, which also has Varalaxmi Sarathkumar in a pivotal role. Produced by Mythri Movie Makers, the biggie has Thaman’s music.