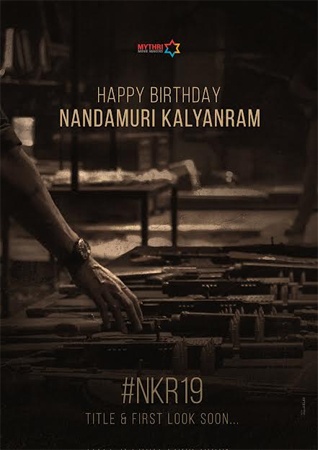 Everybody is aware Nandamuri Kalyanram is doing his 19th film under the production of the famous banner, Mythri Movie Makers. The movie, which was launched back in February 2021, is in the news again.

As the actor turned another year older today, the makers of the movie have released a poster to announce that the title of the movie and a teaser will be unveiled very soon. The poster hints that the film is an action film.

Debutant director Rajendra helmed this project, which is still in the shooting stage. The cast and crew details are yet to be revealed by the team. Keep watching this space for more updates.