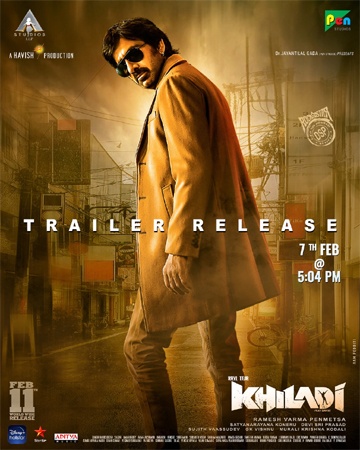 Tollywood’s upcoming movie, Khiladi featuring Ravi Teja in the lead role is all set to release in theatres on February 11, 2022. Besides, the makers have kickstarted the promotions of the movie.

As part of that, they have announced that the theatrical trailer of the movie will be launched tomorrow at 05:04 PM.

Produced by Pen Studios and A Studios, the movie, which has the music of Devi Sri Prasad, is also releasing in Hindi next Friday.