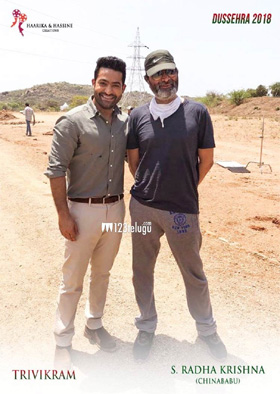 The shooting of NTR’s next with Trivikram has already started in Hyderabad a week back. Thaman scores music for this film and the latest we hear is that a few songs are being recorded in a private studio in Mumbai.

Initially, it was Anirudh who was supposed to compose music for the film but Thaman replaced him later. So, there is a lot of pressure on Thaman to give a rocking album.

Pooja Hegde plays the female lead in this film which is being produced by haarika and hassine creations.