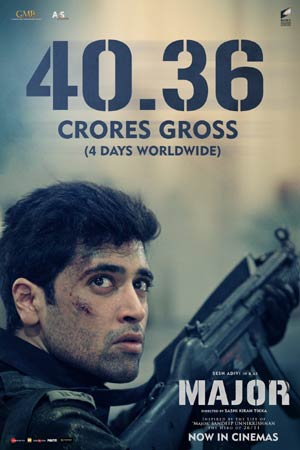 Adivi Sesh’s recent release Major is doing well at the ticket window in Telugu states. The movie, directed by Sashi Kiran Tikka, has Saiee Manjrekar and Sobhita Dhulipala as the female leads.

The movie, which was released last Friday, has been making good money in AP and TS. For the four days, Major minted more than Rs. 40.36 crores gross worldwide. This is highest for any Adivi Sesh’s movie released to date.