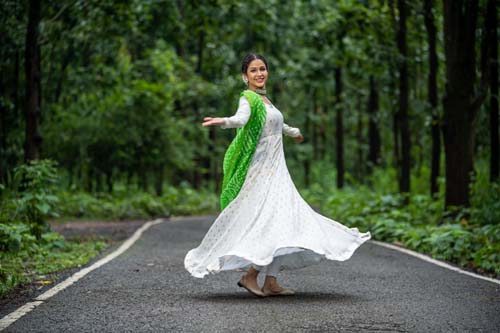 On multiple occasions, Lavanya Tripathi has revealed that she is an ardent fan of Mani Ratnam and AR Rahman. Now, when she got a little chance to pay tribute to them, she did not stay back.

She made a cover song, Kannule from the film Bombay and released it today. Shot in the lush forest locations, this song looks amazing and has some of the best visuals.

Lavanya, on the other hand, looks like a dream and also dances so well along with one of her friends and co-dancer in the song. This song coupled with Lavanya’s looks have gone viral now.