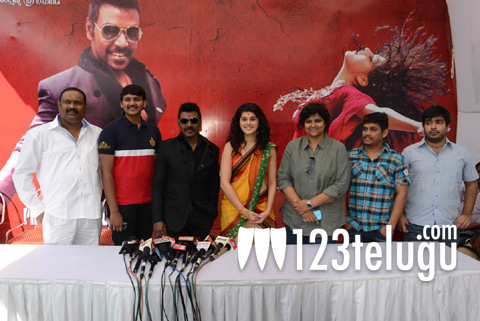 Raghava Lawrence’s is all set to direct yet another horror comedy. The film is tentatively titled as Muni 3 and it stars Raghava Lawrence and Taapsee. The principal shooting of the film began earlier today in Chennai and both the lead actors are taking part in the shoot. “Costume trials now n all set to begin the new bilingual project under lawrance master’s direction. The most challenging character to play!” Taapsee tweeted. Incidentally, rumours are rife that Taapsee was paid a bomb to play the lead role in the film. Bellamkonda Suresh is producing this bilingual film. Vijay Anthony is scoring the music. Lawrence’s previous film Kanchana was a huge hit and Bellamkonda Suresh is quite confident that Lawrence will repeat the magic once again.