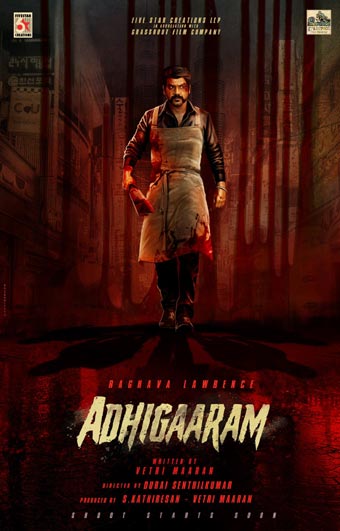 Choreographer turned actor and director Lawrence Raghavendra has signed his first pan-India film. Titled Adhigaaram, the film had its official announcement this evening. A couple of posters, featuring Lawrence as a blood-soaked butcher and on a passport have been released to a huge response.

Adhigaaram’s story has been penned by National award-winning Tamil director Vetrimaaran, who is also co-producing the film along with Kathiresan. The film will be directed by Durai Senthil Kumar, who directed Dhanush’s Kodi and Pattaas. The film’s shooting will commence very soon. More details will be out when the film goes on floors.