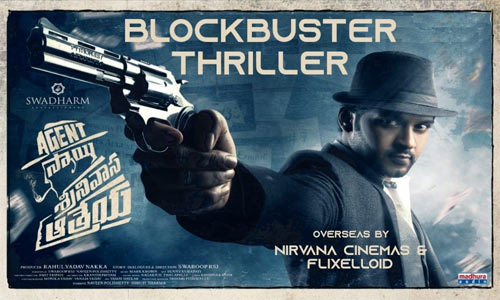 Now, Agent Sai Srinivas Athreya is all set for its Tamil remake. Star Kollywood comedian turned hero Santhanam and young beauty Riya Suman of Seeru and Majnu fame have been roped in for this exciting remake. Manoj Beedha of the critically acclaimed Tamil thriller, Vanjagar Ulagam, will be directing the movie. More details will be out soon.