Legendary cinematographer for Mahesh Babu’s next
Published on Nov 26, 2015 9:56 am IST 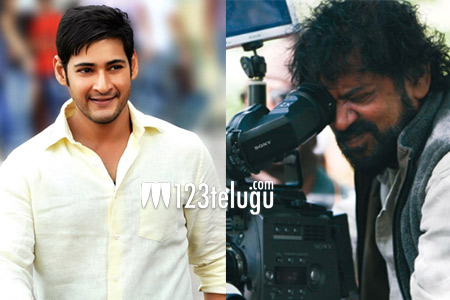 By now, it is almost certain that Superstar Mahesh Babu’s next film will be under the direction of star Tamil director AR Murugadoss. The project is all set to go on floors next year. However, nothing much has been revealed about the film by its makers. Now, here’s some big news.

This morning, legendary cinematographer Santosh Sivan revealed that he will be working on this prestigious film. Santosh Sivan is a 5 time national award winner for his breathtaking cinematography in films like Kalapani, Iruvar, Dil Se etc. The master filmmaker also directed several internationally acclaimed films.

Santosh Sivan is also the first cinematographer in the Asia-Pacific region to be honoured with the prestigious American Society of Cinematographers (ASC) membership in Hollywood.