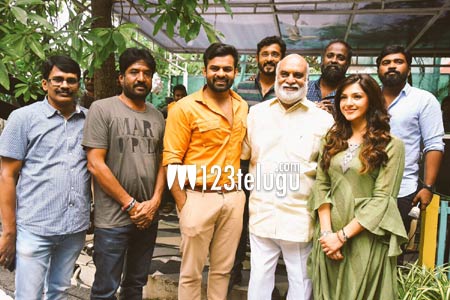 The cast and crew of Sai Dharam Tej’s new film Jawaan were in for a big surprise when legendary director K Raghavendra Rao came to the sets of the film all of a sudden. Not only did he spend time with the team, but also, much to everyone’s delight, he direct a shot with the lead cast.

Directed by BVS Ravi, the film stars Sai Dharam Tej and Mehreen in lead roles. The film narrates the story of a youngster who is caught between his love for his family and the country.

Already, the film’s teaser and a song, which were unveiled a while ago, made quite a solid impression, and now, the film is in the last stages of its production. Thaman has scored the music.