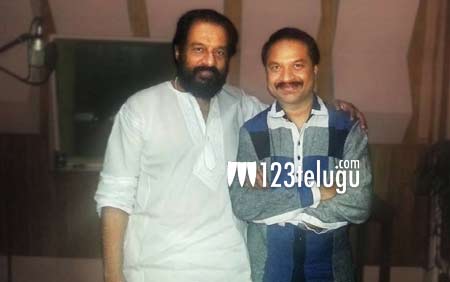 Legendary playback singer KJ Yesudas has millions of fans all-over the world who admire his mesmerizing voice. Since the past few years, the stalwart singer has slowed down on playback singing to let younger generation singers take over.

Manalo Okadu’s audio album will be unveiled on the 27th of August. The film stars RP Patnaik and Anita H Reddy of Nuvvu Nenu fame. GC Jagan is producing this movie under his Unicraft Movie banner.