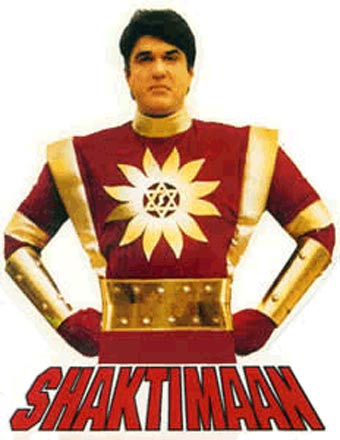 Shaktiman needs no introduction as it is India’s first superhero. It has been part of everyone’s childhood and was a solid series on TV.

Now, a noted production house will bring him back to action. A three-film trilogy is being made for the big screens in the days to come by Sony Pictures on a big scale.

The announcement has been made and one of India’s top directors and a popular star will be joining hands for this project. Who they are has been kept as suspense as of now.

BIG ANNOUNCEMENT: SONY PICTURES TO BRING THE ICONIC 'SHAKTIMAAN' TO THE BIG SCREEN…
⭐ This time, #Shaktimaan will be made for *cinemas*.
⭐ Will be a trilogy.
⭐ One of #India’s major superstars will enact the title role.
⭐ A top name will direct. pic.twitter.com/ood6KvghPM