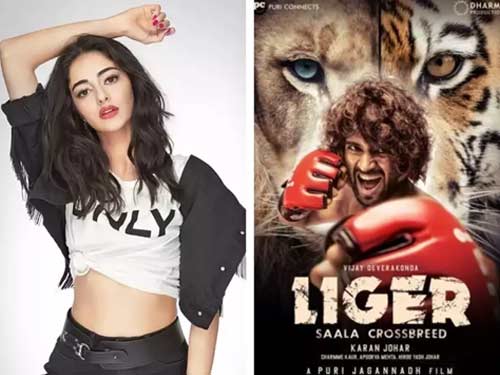 Ananya Pandey is making her Telugu debut with the film Liger. The shoot is nearing its end and now, Ananya Pandey has opened up about the film.

Speaking about the film in an interview, the noted actress says that Liger is a proper masala film and she has a very colorful role in the film.

Ananya also adds that whenever the film releases, it will be a big hit no matter what. Puri Jagan directs this film which is being produced by Karan Johar.