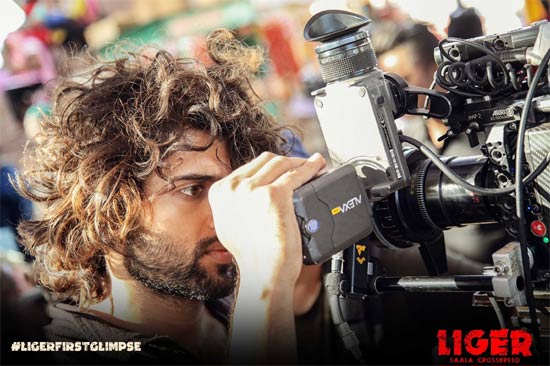 As promised, the makers of Vijay Deverakonda’s Liger, have exclusively released a couple of Behind The Shoot (BTS) images related to the movie.

In the first still, the protagonist Vijay Deverakonda holds the camera to check the frame. The latter one has the director Puri Jagannadh and Vijay discussing a scene from the movie. The makers described these two stills as focus and attack.

Apart from that, the makers will also release a dedicated Instagram filter this evening. On the other hand, the first glimpse will be released tomorrow at 10:03 AM.

Bollywood actress Ananya Panday and Boxing champion Mike Tyson are playing significant roles in this pan-India project bankrolled by Puri Connects and Dharma Productions. Liger will be released in theaters on August 25, 2022. 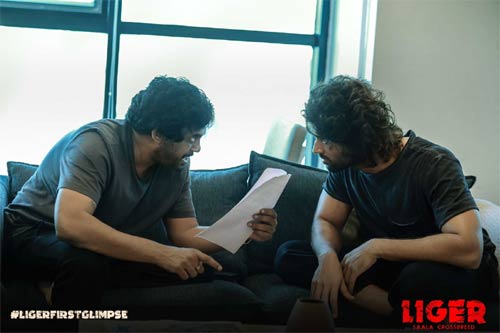