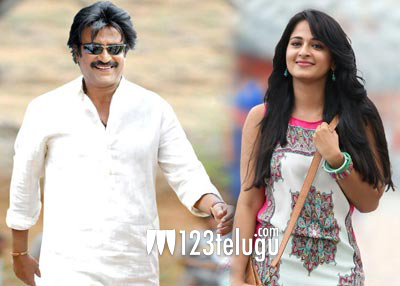 Whenever any Rajnikanth film is on the cards, there is a huge curiosity among the audience. We had earlier reported the unit had moved to Annapurna studios for a schedule, and latest update is that a romantic song was canned on Rajni and Anushka in a specially laid set.

Sonakshi Sinha and Anushka are playing the female leads, and A R Rahman composes the music. Rajnikanth will be seen in a double role in this film and K S Ravi kumar is the director.