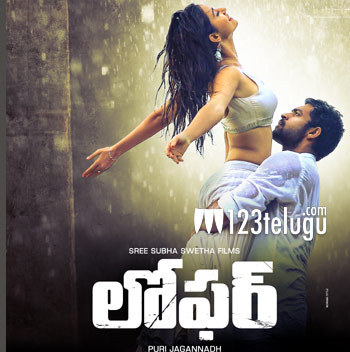 Mega Hero Varu Tej, surprised everyone with his acting mettle with the hit film Kanche. This young hero is now ready to showcase his other side with Loafer, in Puri Jagannath’s direction.

The audio of this mass entertainer was unveiled by Star hero Prabhas amidst huge roars of mega fans. Speaking at the event, director Puri said that the movie would be on the lines of Ravi Teja’s blockbuster ‘Amma Nanna O Tamilammai’ with loads of mother sentiment.

Already the song ‘Suvvi Suvvi’ describing mother’s love has become a huge hit among the movie lovers. Produced by C.kalyan, this movie will have debutante Disha Patani as female lead and is scheduled to release on a grand note on December 18th.