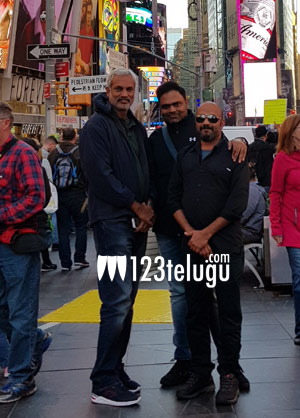 Superstar Mahesh Babu’s landmark 25th movie was launched officially on the auspicious festive day of Kriahnashtami around a month ago. This as-yet-untitled film will be directed by Vamshi Paidipally and bankrolled jointly by Ashwini Dutt and Dil Raju.

Currently, Vamshi Paidipally, the film’s cinematographer PS Vinod and production designer Sunil Babu are camping in the US. The trio is on a hunt for the right locales. It’s been reported already that the film will have a US backdrop. Vamshi Paidipally even completed the scripting formalities in the US a few months ago.

Devi Sri Prasad will be scoring the music. A couple of actresses were rumored to be considered for the female lead part, but an official announcement is awaited. Mahesh25’s regular shooting will kick-start from early January and the movie may hit the screens for Dasara 2018.