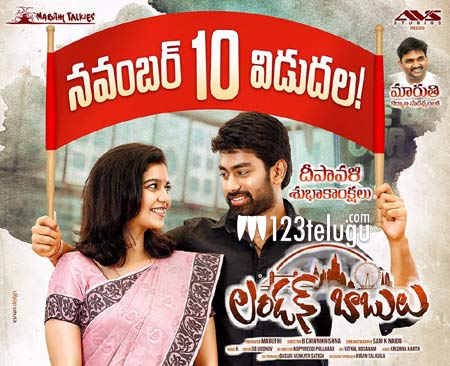 London Babulu is one film which created a lot of buzz with its teaser. The latest we hear is that the film has completed its censor formalities with a clean ‘U’ certificate.

With this, the last minute formalities have been wrapped up and the film will release on the 10th of November. London Babulu is an official remake of the hit Tamil film, Aandavan Kattalai.

The film stars Rakshit and colors Swathi as the main leads. Maruthi produces this film which has been directed by B Chinnikrishna.