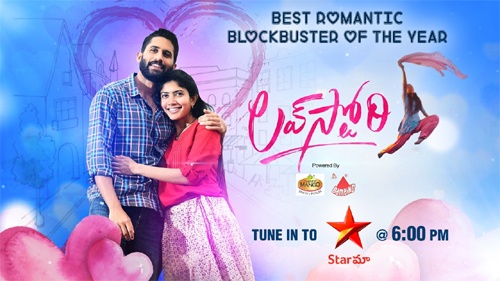 Naga Chaitanya and Sai Pallavi’s super hit film, Love Story, which was released back in September, is now all set for the world television premiere today.

The mature romantic drama will be telecasted this evening on Star Maa channel at 6 PM.

Naga Chaitanya, who appeared in a boy-next-door role, got applauded for his excellent performance whereas, Sai Pallavi received laudation for her spectacular dancing skills.