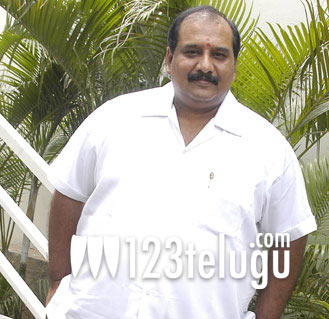 M S Raju’s upcoming female centric film RUM is set to go on floors in January. According to the buzz in filmnagar, RUM stands for Rambha Urvashi Menaka. The film stars Trisha, Poorna and Archana in lead roles and it’s the first time M S Raju is set to direct a female centric film with three lead actresses. In the past, M S Raju had produced films like Varsham, Nuvvu Vasthanante Nenu Vaddhantana and Pournami which had Trisha in the lead role. No wonder, she said yes to her mentor in Telugu when he came with the idea for this project.

“Will be doing MS Raju sirs film ‘RUM’ from Jan 2013…Its a trilingual and heroine centric…Lookn fwd ;),” Trisha tweeted and added that she’s playing a normal character contrary to several rumours that she might be donning the role of a princess, a warrior, a cop or a feminist since it’s a female centric film. Trisha will soon be seen in Ventaadu Vetaadu which is set to release on December 28 and this is the first film which M S Raju will direct after introducing his son Sumanth Ashwin in Tuneega Tuneega earlier this year.