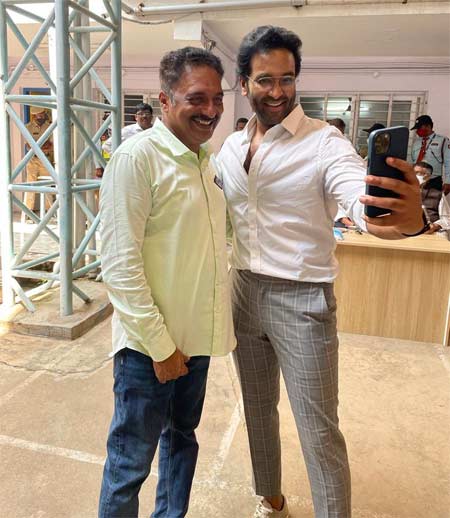 The intense MAA Elections battle has finally come to a thrilling finish tonight. Hero Vishnu Manchu has won the contest for MAA President post against his opponent Prakash Raj. Needless to say, the Manchu camp and their panel are overjoyed with this precious victory after a month long hard work.

Vishnu’s aggressive campaigning against Prakash Raj’s non-local status, his promise to build MAA’s own building on his own expenses and other promises in his manifesto seem to have struck a chord with the voters despite the strong opposition from Prakash Raj and his panel.