Madhurima Banerjee is excited about her Bollywood debut
Published on Sep 7, 2012 8:35 pm IST 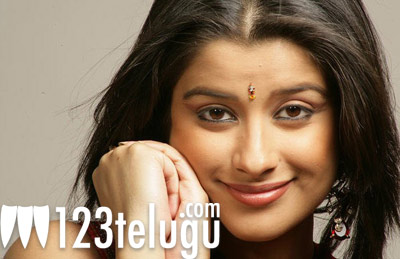 Madhurima Banerjee’s career in Telugu might not be going great guns so far, but the actress has plenty to look forward later this year. She’s all set to make her debut in Bollywood in Priyadarshan’s upcoming film Kamaal Dhamaal Malamaal. She told a leading newspaper that she’s playing the role of a rich girl in the film which has veteran actors like Nana Patekar, Om Puri and Paresh Rawal. She’s quite excited about making her debut in the direction of Priyadarshan and the film is a big platform for her to prove her talent. On the other hand, she also told the newspaper that she’s tired of playing the cliched roles in Telugu film where she’s mostly offered roles of a traditional girl. Currently, she’s part of Venaktesh’s Shadow and Rajasekhar’s Mahankali. Later this year, Black Coffee, her debut film in Malayalam will hit the screens.