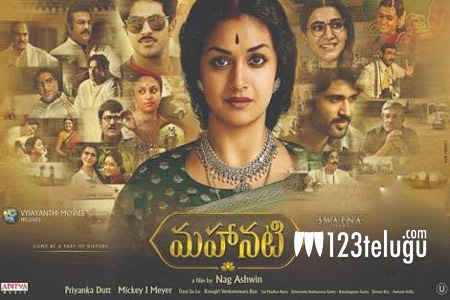 Released in summer this year, Mahanati, the acclaimed biopic on legendary yesteryear heroine Savithri, went on to become a huge blockbuster and even earned critical acclaim. Keerthy Suresh essayed Savithri’s role in this Nag Ashwin directorial.

The latest update is that Mahanati will be screened at the prestigious International Film Festival of India, Goa, as part of the Indian Panorama section. Padmaavat, Raazi and Tiger Zinda Hai will also be screened along with Mahanati. The film festival will be held from November 20 to 28.