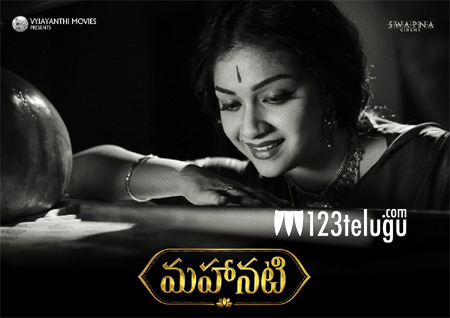 And finally, the makers of Mahanati, the much-awaited biopic on yesteryear heroine Savithri, unveiled the film’s teaser. The minute-long teaser offers a few glimpses of the glorious legacy of the legendary Savithri.

Keerthy Suresh, who reprises Savithri in the movie, looks like an exact replica of Savithri. The teaser also showcases the golden era of Telugu Cinema which Savithri was part of. The film is narrated through Samantha’s Madhuravani character.

Mahanati is being directed by Nag Ashwin and bankrolled by Priyanka Dutt under Vyjayanthi Movies Banner. Mickey J Meyer is the film’s music composer. The film features an ensemble cast and it is going to hit the screens on May 9.