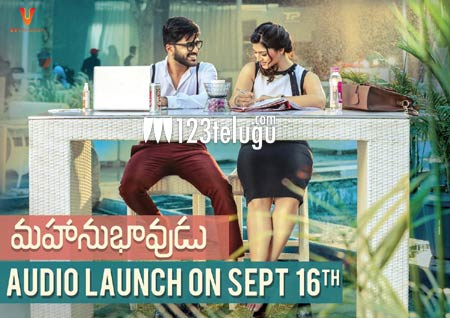 Now that each of the songs from Mahanubhavudu is getting a good response, the makers have decided to release the entire album soon. The latest we hear is that the audio will be launched on the 16th of this month.

The venue and other details of the audio launch will be revealed soon. Watch out this space for more updates on this project.