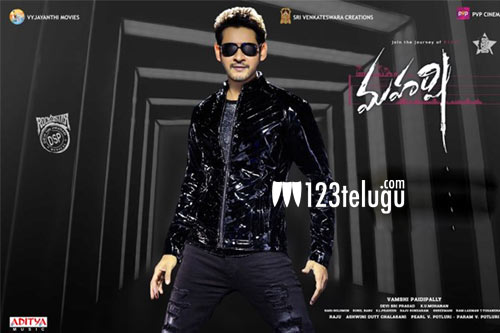 Superstar Mahesh Babu’s most easterly awaited 25th film, Maharshi, is gearing up to hit screens worldwide on May 9. Needless to say, expectations from all quarters are humongous on this wholesome entertainer. The film is banking on the summer holiday advantage and is expected to take the box office by storm on its opening day.

Maharshi’s pre-release business is valued at nearly Rs 100 crores. In a move to recover the huge investments, the film’s makers and distributors have reportedly requested the Andhra Pradesh government to allow a hike in the film’s ticket rates to Rs 200 and 5 to 6 shows per day throughout the first week. Given that the AP government had earlier granted such permissions for several Tollywood biggies, Maharshi too is expected to get the government’s green signal.

However, while fans and trade circles are happy about the extra shows, they are clearly divided about the makers’ and buyers’ decision to hike the ticket rates. Many are of the opinion that the price hike may only help the film’s collections to get a boost until its first weekend, but may adversely affect the collections from Monday onwards. On the other hand, some others say that sky will be the limit for the collections if Maharshi manages to get a positive response on its opening day. Well, whether Maharshi can set the cash registers ringing or not will be known in a few days.