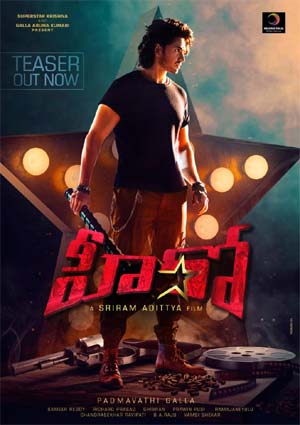 It is a known fact that Mahesh Babu’s nephew, Ashok Galla is all set to make his debut soon. The shoot of the film has been completed and today, the introduction teaser of the film was released by Mahesh himself on social media.

Ashok Galla is introduced in a cowboy look and has a good screen presence. He is shown in different avatars and is impressive in his first film itself.

Niddhi Agerwal is also shown in a glimpse and Ashok is showcasing his acting skills in different get-ups in the promo. The film has been titled Hero and looks different as far as the teaser goes.

Sriram Aditya directs this film whose shoot has been wrapped up. The release date will be out soon.

Couldn't be happier to launch the title of your debut film @AshokGalla_!! This looks super interesting!