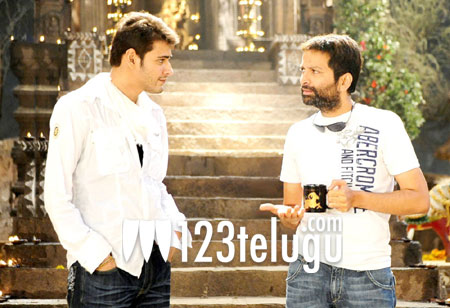 We had earlier reported that Mahesh Babu has been appointed as the new brand ambassador of Mahindra co. A new ad for Mahindra featuring Mahesh Babu is being directed by Trivikram Srinivas. The shoot began few days ago and the latest news is that it’s going to be shot at Annapurna Seven Acres, Hyderabad from tomorrow. Mahesh Babu is among the sought after celebrities from the South when it comes to brand endorsements and the fact that a global conglomerate like Mahindra has signed him as their brand ambassador is proof enough of his star power. Apart from this, he’s also endorsing other brands like Thums Up, IDEA, Josalukkas, Vivel and Santoor. After completing the shoot, Mahesh Babu will join the sets of Sukumar’s film. Anil Sunkara, Ram Achanta and Gopichand, who had earlier produced Dookudu, are producing this film as well. Devi Sri Prasad is composing the music.