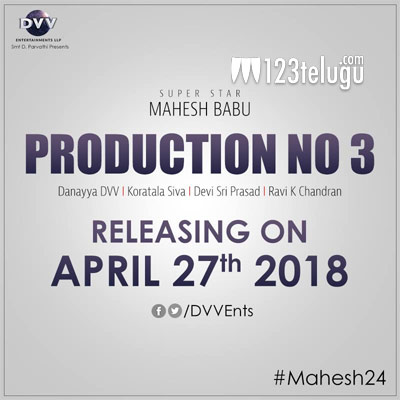 Mahesh Babu’s upcoming film Bharath Ane Nenu is all set to hit the screens on April 27, 2018. Directed by Koratala Siva, the film is being produced by DVV Danayya, and it also stars Bollywood actress Kiara Advani in a lead role opposite Mahesh Babu.

Initially, the film was being planned for a Sankranthi release; however, the makers have now decided to release the film for summer. Mahesh Babu will be seen as the Chief Minister of the state in this movie and it’s said to have a good social message.

Ravi K Chandran is the cinematographer and Devi Sri Prasad is scoring the music.