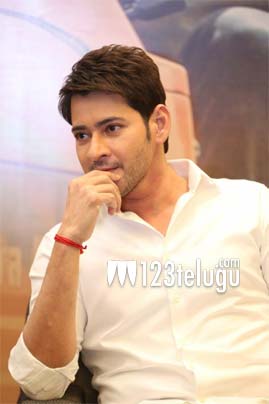 It’s well-known that after the release of of his highly-anticipated silver jubilee film, Maharshi, Superstar Mahesh Babu will be working under young director Anil Ravipudi’s direction for his 26th film. It’s been quite a while since Mahesh has acted in an out-and-out entertainer, and his fans are excited to see him in a full-length mass avatar yet again.

In a latest media interaction while promoting Maharshi, Mahesh said that Anil Ravipudi had narrated him a great script and that he has signed the project without a second thought. The star hero went on to reveal that the project will be going on floors in July.

Although happening young beauty Rashmika Mandanna is said to be the leading lady in Mahesh26, an official announcement is awaited. Anil Sunkara is bankrolling this exciting project.