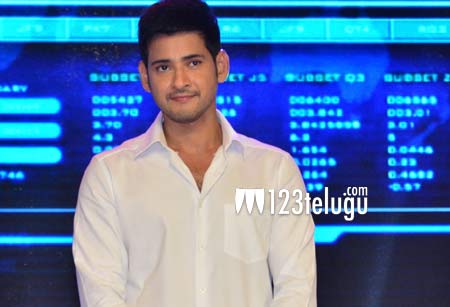 As the release date of Mahesh Babu’s SPYder is also nearing soon, the makers are going all out to promote the film. The last-minute formalities are completed and the film is ready with its final copy.

On the other hand, the latest news reveals that Mahesh is all set to host a special show just for his close-knit family members ahead of its release and special plans are being made for the same.

Mahesh is playing a spy for the first time in his career and there is a superb buzz for this film which is also releasing in Tamil. SPYder releases a week after Jai Lava Kusa and there is a tough competition between these two films to score good numbers at the box office.

For now, Mahesh has planned some extensive promotions which will kick-start next week.