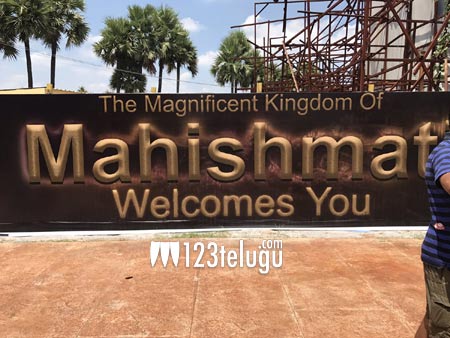 Ever since Baahubali hit the theatres and took everyone’s breath away, there was a buzz that Ramoji Film City, where the film was shot, will retain the huge sets and turn it into a theme park, of sorts. Even Shobu Yarlagadda, who produced the film, had spoken about the possibility of giving the public a chance to get a first hand experience of what it’s like to be in Mahishmathi.

Now, for the first time ever, RFC has opened its doors for public to go on an extensive tour of Mahishmathi. The entire courtyard structure has been retained and people can get a wholesome experience of what it’s like to be at the centre stage.

Directed by SS Rajamouli, a bulk portion of both the parts of Baahubali were shot in Ramoji Film City and several props used in the film, including swords and shields, and armours, have been left intact.