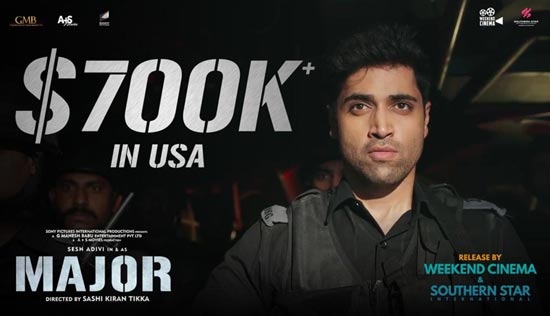 Adivi Sesh’s Major released a couple of days ago, has been creating a sensation at the box office everywhere, especially overseas. Directed by Sashi Kiran Tikka, the movie has Saiee Manjrekar as the female lead.

The movie has garnered $700K in the USA in just 2 days and is inching towards 1 million. As the movie received a huge response, more shows will be added all over the country from Sunday onwards.