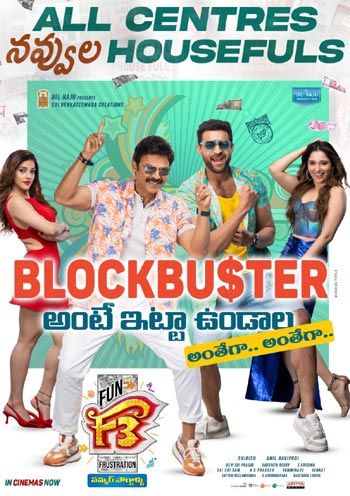 Venkatesh and Varun Tej-starrer out and out comedy movie, F3, is doing extremely well at the ticket windows everywhere. Helmed by Anil Ravipudi, the movie has Tamannaah Bhatia and Mehreen Pirzada as the leading ladies.

The latest news is that the makers have officially confirmed that F3 will make its OTT debut after 8 weeks of its theatrical release. So, it means, the movie will arrive on Sony LIV at the end of July or in the first week of August.