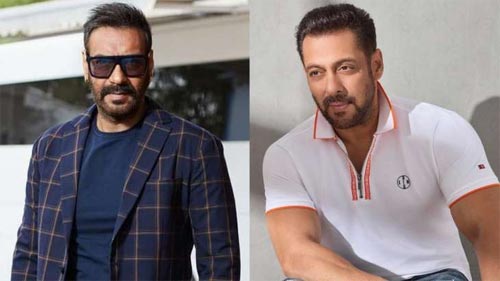 Ajay Devgn gave a ray of hope to Bollywood with his latest outing Drishyam 2, which is doing fantastic business at the ticket windows. The actor gave another surprise to fans by releasing the teaser of his next directorial, Bholaa, which is the remake of the Tamil blockbuster Kaithi.

However, many rumors stated that Ajay Devgn had approached Salman Khan for a vital role in Bholaa’s sequel. This has created a significant discussion on social media among fans. The makers issued a statement denying all the rumors.

They made it clear that Ajay and Salman share a great rapport with each other and added that Ajay didn’t approach Salman for any role. Further, it was stated that Ajay was busy with the post-production of Bholaa.