From the past few days, there have been so many claims by a few writers that the story of Acharya is theirs. This news has been spread like wildfire and many are defaming director Koratala Siva and his team for this.

Looks like the makers have had enough of it and have come out with an official press note today. The note strongly condemns those who are trying to say that the story is theirs.

The production house, also says that just by looking at the motion poster, a few writers have assumed that the story is theirs. Finally, they ended by saying that the story of Acharya is completely original and Koratala Siva is in charge of it from day one.

The film is a social drama and is being produced by Konidela Productions and Matinee Entertainment jointly. Mani Sharma score. 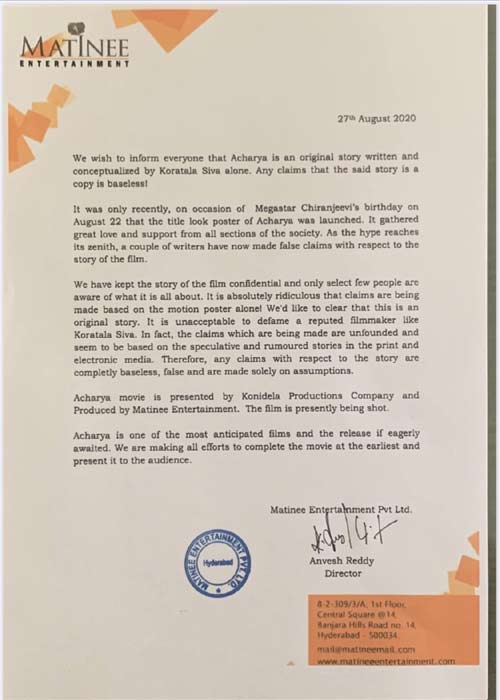